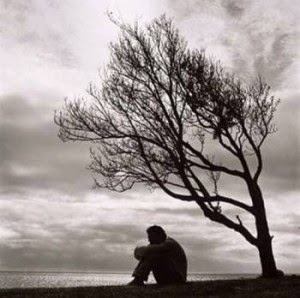 The moment a terror attack happens in Israel, the comments start to come. “So do you STILL think there is someone to talk to?”  “Still believe in ‘peace’ do you?”  “Do you finally see who ‘these people’ are?” The implication is that there is no rapprochement possible in the face of utter barbarism. The only possible response to “these people” is force and lots of it.

When I see the picture of a man in tallit and tefillin (like me every morning) shot dead in a pool of blood in synagogue (where I too customarily go every day) I am overcome with a wave of nausea followed by a surge of anger. I don’t have words for the fury and the fear at the thought of a person charging into our place of worship and hacking a fellow Jew, who, like me, appears before God in tallit and tefillin, to death.  If he weren’t just like me would I feel the same? I don’t know. I look at the black pants, the white shirt, the build of the man, the black striped tallis that I wear and this is deeply personal.  This brutal monster has killed one of US and I am furious.

In that, I am just the same as the person who taunts me.

Where I differ is that while I get that I am going to feel more intensely when I have an affinity for another human being as a fellow Jew, I also strive to see all human beings as “in the image of God”  (so to speak, trust me on this my Muslim friends, this really is NOT a blasphemous notion- its metaphorical).  Each human being is a reflection of the Divine majesty and precious to their Creator. Where is that well of outrage when every single day human beings are being hacked, torn, shot for every possible excuse? Where are my tears for the innocent of every color, race, language, and faith?

Where I differ is that I distrust the idea of “these people.”  I don’t believe that barbarians  or the gullible idiots who are always there to cheer such people on get to elect themselves the moral representatives of their people.  “These people” whoever they may be in today’s news are like all people a conglomeration of the best and worst in all of us.  No people deserves to be branded by the moral ugliness of its most despicable citizens.

Where I differ is that as much as I sometimes want to, I don’t believe that I have permission to give up.  I feel compelled by the example of Abraham, who pleaded to God for the murderous idolaters of Sodom. My struggle, like his, is to strive to uplift humanity in any way that I can, not to wish for its destruction, not even the destruction of the worst of us.  Abraham believed that even a few righteous people could turn around an entire world gone crazy.  So I reach out to the righteous, encourage the good where I can because it’s the only plan I have got.

I push through the pain and through the fear and do what I have to do for the sake of my conscience, for the good of my people,  for the good of humanity,  with as much trust in my Creator as I can muster.  So yes, even today, I still…
Posted by Lee (Tzvi) Weissman at 6:16 PM

Lee (Tzvi) Weissman
I am a naturalized citizen of California (and thus mellow),son, husband, father, grandfather and a Jewish educator for over 20 years. I have been an interfaith activist for the last 6 years. I graduated summa cum laude from George Washington University, with a Bachelor’s in Religion. I continued my graduate education (all but dissertation) at the University of Chicago in South Asian Studies. I specialized in Sanskrit and Tamil studies. Raised in a secular family, I came to observant Judaism about 25 years ago. I received most of my Jewish education from Rabbi Leo Tessler (zl) who was one of the hidden treasures of Jewish LA. I find daily inspiration in the teachings of Rebbe Nachman of Breslov.

Links to open your heart and stimulate your mind.